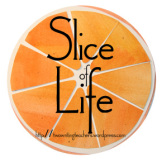 Ripples...an idea that's been stirring in my head since I had the opportunity to spend a few days on Cape Cod last week. As myself and some dear friends were being "toasted" by our generous host at dinner Monday night, she talked about the "ripples' we send out and it stuck with me.  It's not an earth shattering epiphany...but honestly as I looked around the dinner table on that hot, humid Monday evening, the idea of how 'ripples' had brought this group of people together really resonated with me.

....a random "retweet" that connected not just me, but my students at the time, with an genuine, kindhearted author through a Skype visit.   That Skype visit led to a class visit...which led to a dinner...which led to threads of conversations that revealed our hearts, tying us together in friendship.


.....a unplanned face to face meeting at the Scholastic Warehouse after following each other on Twitter for several months. A meeting that led to continued conversations via Twitter and Facebook around our shared loved of books and teaching. Conversations that led to an invitation to dinner...which led to an invitation to a Maine Reading Association meeting and threads of conversations as we commuted to meetings together,  revealing literacy centered passions that tied us together in friendship.

.....happening upon a literacy coach in a hotel lobby at NCTE Boston, trying to problem solve a technology glitch for a presentation the next day. A mutual friend calling me over to see if I could help.  Over laughter and many attempts to help...threads of friendship beginning to be sewn...technology glitch fixed.  Drinks later in the weekend...where conversations began to reveal our common interests...binding us together in friendship.

.....while waiting in line to check bags, the person behind me being brave enough to say she followed me on Twitter (I'm way too shy to do something like that), and through conversation discovering that she was coming to Maine that coming January. Staying connected through Twitter, and then offering a welcoming hug to her when I saw her at our first Nerd Camp Northern New England...which she came to alone. I want to be brave like her. Threads that began to tie us together in friendship.

..... a brief conversation after a presentation with an attendee, that revealed he was alone...not just at the conference, but in his teaching situation. Making a note to continue to reach out to him through Twitter. Running into him again several times during the conference.  Then sharing ideas at random times via Twitter as the threads of friendship began to weave their way across cyber space, stitching our lives together.

.....a message left in a Voxer group, where I could hear discouragement in a voice. Sending a separate message to encourage a colleague to keep doing what she was doing. Keeping her "why"...her students as her main focus. Which led to daily morning commute Voxer conversations sharing ideas, thinking, and daily life events with each other.  Threads of friendship, intertwining our lives through conversations.

Ripples. Turned into threads because of actions and reactions of those caught in the current
of the crest. Now bound in genuine friendships.

You can find more Slices of Life at Two Writing Teachers.
Posted by LiteracyDocent at 9:54 AM