Being a reading role model to the people in my life, whether they be my own nieces and nephews, the students I encounter in my classroom, or the adults learners I interact with through courses and blogging, is an extremely high priority for me.  I'm always looking for new titles to read that I might be able to share with children or teachers.  It's a big job, but so worth the time and effort I put into it.  I can promise you there is no greater high then when I've made a match between a reader and book!  This year I decided to join three different challenges as a means of keeping track of what I'm reading this year, as well as finding new books that I might miss otherwise. 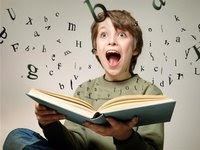 The first challenge I'm participating in is The Centurions of 2011: 111 Books by December 2012 on Facebook.  Started by Paul Hankins (@PaulWHankins) this group includes readers who have set a goal to read 111 or more books during 2011.  Members post month by month their titles, highlighting at least one pick to total twelve favorites for 2011. Readers can read picture books, middle grade novels, young adult novels, or professional books.  There are also several age specific Discussion tabs you can participate in 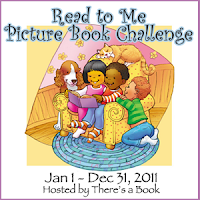 I'm also participating in the   Read to Me Picture Book Challenge  over at There's A Book!     The objective of this challenge is to read picture books with the children in your life, or just to enjoy picture books in general.  I have talked about picture books as integral tools in my teaching, how I've used wordless books, and shared my favorite picture books for Kindergarten/1st grade and grades 4/5 over the past year on this blog.  Picture books aren’t just for little kids.   They are powerful and engaging texts that can help students across all grade levels succeed in language arts, math, science, social studies, and the arts. Picture books appeal to students of all readiness levels, interests, and learning styles. What I especially love about this challenge is the emphasis of reading with children!  I'm confident I will reach "Chapter Reader" level by reading  200 pictures books!  However I'm not as confident about being able to write reviews for all 200 so I'm setting my goal at the "Unjacketed" level and hope to blog about 36 of the picture books I read.

To keep track of these two challenges I joined Goodreads 2011 Reading Challenge.  All I have to do is type in the books as I read them, set the date I finished, and Goodreads keeps track of my progress, month by month.  I can then add my Goodreads link to either of the other two challenges and all of my reading is there for anyone to see.  Isn't that great?
Have you set reading goals this year?  Maybe one of these challenges has piqued your interest.  All of these challenges have one thing is common.  They're really not about the number of books you read, but rather that you just read...and share what you're reading with others.  Won't you join me?  If 2010 was any indication, there are some awesome books to be discovered in 2011!  Don't miss out!
Posted by LiteracyDocent at 7:00 AM 3 comments:

And the Winners Are...

The American Library Association (ALA) announced the winner and honor books in many categories this morning. Here are some of this year's Rock Stars!

Moon Over Manifest
by Clare Vanderpool

Publisher:  Delcourte Press
Ages: 9-12
(description from Amazon.com) Abilene Tucker feels abandoned. Her father has put her on a train, sending her off to live with an old friend for the summer while he works a railroad job. Armed only with a few possessions and her list of universals, Abilene jumps off the train in Manifest, Kansas, aiming to learn about the boy her father once was.
Having heard stories about Manifest, Abilene is disappointed to find that it’s just a dried-up, worn-out old town. But her disappointment quickly turns to excitement when she discovers a hidden cigar box full of mementos, including some old letters that mention a spy known as the Rattler. These mysterious letters send Abilene and her new friends, Lettie and Ruthanne, on an honest-to-goodness spy hunt, even though they are warned to “Leave Well Enough Alone.”
Abilene throws all caution aside when she heads down the mysterious Path to Perdition to pay a debt to the reclusive Miss Sadie, a diviner who only tells stories from the past. It seems that Manifest’s history is full of colorful and shadowy characters—and long-held secrets. The more Abilene hears, the more determined she is to learn just what role her father played in that history. And as Manifest’s secrets are laid bare one by one, Abilene begins to weave her own story into the fabric of the town.

by Jennifer L. Holm
Dark Emperor and Other Night Poems

by Joyce Sidman  (I reviewed this one! Yay me!)
One Crazy Summer

by Rita Williams-Garcia
Heart of a Samurai

A Sick Day for Amos McGee

by Philip Christian Stead (illus. Erin Stead)
Publisher:  Roaring Brook Press
Ages:4-8
(description from Amazon.com) Friends come in all sorts of shapes and sizes. In Amos McGee’s case, all sorts of species, too! Every day he spends a little bit of time with each of his friends at the zoo, running races with the tortoise, keeping the shy penguin company, and even reading bedtime stories to the owl. But when Amos is too sick to make it to the zoo, his animal friends decide it’s time they returned the favor.
Honor Awards went to:
Interrupting Chicken

by Kate DiCamillo & Alision McGhee (illus. Tony Fucile)
Publisher: Candlewick Press
Ages: 4-8
(description for Amazon.com) Meet Bink and Gollie, two precocious little girls — one tiny, one tall, and both utterly irrepressible. Setting out from their super-deluxe tree house and powered by plenty of peanut butter (for Bink) and pancakes (for Gollie), they share three comical adventures involving painfully bright socks, an impromptu trek to the Andes, and a most unlikely marvelous companion. No matter where their roller skates take them, at the end of the day they will always be the very best of friends.
Honor Awards went to:
Ling &Ting: Not Exactly the Same!

by Grace Lin
We're In a Book! (An Elephant and Piggie Book)

by Mo Willems
The full list of winners is available here.  Congratulations to all the winners!  2010 was a great year for children's and young adult literature.  Can't wait to see what 2011 brings us!
Posted by LiteracyDocent at 3:46 PM 2 comments:

Have We Read the Winner?

One of the great things about looping is that from January to January with each loop I have the same students.  We have the entire calendar year to read and talk about books published in that year.  We continue our conversations and book recommendations over the summer using Shelfari.  We read and write book reviews during the school year.  We study the history and criteria of the Caldecott and Newbery Awards and we wonder...have we read the winners?  So it is with much anticipation that we look forward to Monday's announcements from the American Library Associations Midwinter Meeting & Exhibits in San Diego.
My students and I have decided that choosing just one book seems like an impossible task. We read  so many books in 2010...pictures books, non-fiction books, poetry, and novels....that we love and feel VERY passionate about!  So here's a "shout out" (created using Photo Story 3 and Windows Movie Maker) to some the books we are keeping our fingers crossed for.  No matter which titles actually receive the medals, we think all of these books are WINNERS!
You can watch the announcements live here, follow live tweets on Twitter,  or "Like" ALA Youth Media Awards on  Facebook.  What books are you and your students keeping your fingers crossed for?

I love my job but I have to admit I also loved every day of my Christmas vacation.  I took a true vacation from school.  I think this is the first time in my teaching career I didn't step foot in the building over the break.  Participating in Donalyn Miller's (@donalynbooks) Book-a-Day challenge was one of the highlights of my break. The other highlight was spending time with my family as well my dear friend, Ksenia, who was visiting from Russia. So, while I didn't make it through all the books in my piles, I did manage a nice BALANCE, and isn't that what we are all trying to achieve?
My #bookaday reads included:
Middle Grade Novels

What a beautiful book! Told from 12 year old Lanesha's perspective, this book captures the anxiety and fear that Gulf Coast residents must have felt during Hurricane Katrina, without resorting to overly graphic details, or laying blame for the horrific flooding that resulted. The winner of Allen Country Public Library's Mock Newbery Award, I'm surprised it's not getting more Newbery "chatter".

This a delightful story of a rich, bored little girl who makes a wish that changes everything for her family. I loved all the mentions of other books that Penny reads, wishing her life was more like them!  With appeal to both girls and boys, I think this book would make a great read aloud!

When are heads are chopped of in the first chapter, kids can't help but be hooked!  This book continues to deliver blood and guts...all the way to the end...and boys especially are going to love it!   It was dark and gory with the perfect amount of humor. I love how snarky the author was and how he broke that wall between the reader and the book so often, without being annoying. His comments alone make this book stand out!

by Laurie Halse Anderson
Although I missed Isabel (she is mostly in the background in this second book of a trilogy), I did cheer for Curzon as he ran for his freedom, fought at Valley Forge, and continued to navigate prejudice/racism. I loved the perspective of an African-American slave fighting for American freedom, and finding friendship and acceptance among his fellow soldiers. I look forward to the third book, in which I hope Isabel will be reunited with her sister Ruth.
Picture Books
*indicates my favorites

Lost Boy: The Story of the Man Who Created Peter Pan

*The Extraordinary Mark Twain (According to Suzy)

by Steve Light
*Switching on the Moon

by Anna Alter
*Pop! The Invention of Bubblegum

by Meghan McCarthy
But I Wanted a Baby Brother

Kylie made it through her entire pile...twice!  Her favorite book from her #bookday pile was The Boss Baby